In Memory of Roberta J Park 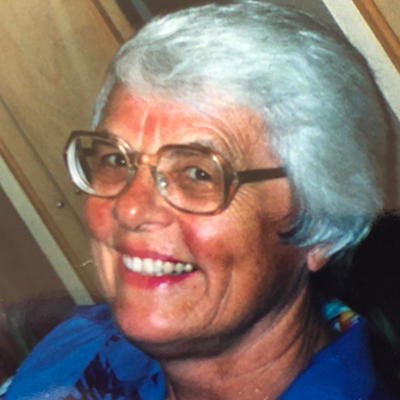 In Memory of Roberta J Park

Robbie, as she was known by her close friends and colleagues, was a passionate scholar in the field of sport history with a specialty in the history of health exercise and physical education in the 18th and 19th centuries. She edited a number of seminal books and monographs as well as many chapters in books and monographs. She published at least one hundred articles in scientific journals (and another sixty in proceedings, abstracts, book reviews and other journals) including the Research Quarterly for Exercise and Sport, The Journal of Sport History, Quest, British Journal of Sport History, The International Journal of Sport History, and the Canadian Journal of History of Sport and Physical Education (now Sport History Review). She delivered lectures and research presentations in all parts of the world, often as keynote speaker or in an honor address. Her research output is truly outstanding and her extensive work on embodiment, sport, health and physical practices in historical context is widely admired. One of her most important contributions to the field was a substantive review article entitled "A Decade of the Body: Researching and Writing about the History of Health, Fitness, Exercise and Sport, 1983-1993” published in the Journal of Sport History in 1994.

Dr. Park found herself fighting against shifting priorities at CAL and declining support for the Physical Education Department. When the administration decided (in spite of three positive reviews by Academic Senate committees) to dis-establish the Department and convert Harmon Gymnasium into Haas Pavilion, Robbie retired to focus on the research and writing that was so important to her.

During her retirement, Dr. Park never wavered from her strong stance on the importance of exercise and sports for children and everyone else. She came to her campus office every day, swam in Hearst pool at noon, and spent the afternoon with her research. She was a force of nature, never missing an opportunity to educate anyone willing to listen to the attributes of staying active, and the many benefits to the mind and society as a whole. The Department of Physical Education, UC Berkeley is greatly appreciative of the Robbie’s lifelong effort to return to its rightful place as vital to the success of Berkeley students and of humans in general.

Robbie was an aficionado of the San Francisco Opera (her favorite was Bellini’s Norma), commenting frequently that the Opera was her movie theater. She used to listen to recordings of her Aunt Lilly (Lillian Hopper), who was a New York opera singer during the 1930’s, the Welsh singer Llewellyn Cadwaladr, and Maria Callas. Robbie was also an avid reader of non-fiction, history and biographies.

Roberta was an oil painter; among her work there are many silhouettes of boats, marinas, sunsets, wildflowers and open skies. She was also a great photographer. She was passionate about California flowers and plants and for years she cultivated her garden with native plants which she captured on camera. She had a Japanese bonsai that she took care of until her final days.

Another remarkable part of Roberta was her adventurous spirit, and she explored places such as Russia and Germany before they were fashionable. One particularly memorable trip was taken in the 1950’s when Robbie and three friends drove to Alaska from Oakland.

During her last 8 months, Roberta was discovering the delight of being a grandmother, spending her Sundays playing and singing with the little boy of her adopted daughter. She celebrated Thanksgiving with family, and was planning her next trip to Scotland to show the boy the Highlands. Once there, she hoped to sing him the song:
Where the heather bells are blooming just outside Granny's door,
Where as laddies there we played in the days of long ago.
Neath the shadow of Ben Bhragie and Golspie's loudly stane,
How I wished that I could see my Granny's Hielan' hame.
(Song: Granny's Hielan' Hame written by Sandy Macfarlane)

Roberta passed away peacefully at home in Oakland. Besides being a remarkable scholar, she was a generous and solid mentor, a wonderful friend, loving mother and grandmother, and a wonderful human being. May her soul rest in peace, in love and Light.