Amherst College created America's first Department of Physical Culture (1860). During the late 1880's others were established at numerous colleges and universities. Until the early 1900's, "gymnastics" predominated. The most popular forms were German gymnastics (which utilized parallel bars, vaulting horse, and other equipment essential in Turnverein activities) and Swedish gymnastics (originated by Per Henrik Ling)

The Swedish form of gymnastics was considered best adjusted to the body's anatomical structures and most appropriate for females. The "system" designed by Dudley Allen Sargent, M. D., Director of the Harvard Gymnasium also was used.

Berkeley's "required program" for male students combined aspects of the German system with Sargent's. Classes for women students drew largely, but not exclusively, from the Swedish system. Various forms of "calisthenics" have remained an important part of the curriculum (for example, today Aerobic Circuit Training is very popular).

At Berkeley in 1915, Frank Kleeberger, director of the newly created separate Department of Physical Education for Men, announced an expanded curriculum. Jiu-jitsu was one of four "defense" activities that now would be offered to male students. Judo was part of the curriculum by the 1930's. Interest in Eastern forms philosophy and physical activities grew considerably in the 1960's. Most curricular sports had become co-educational by the 1970's. Since 1969, Berkeley's martial arts offerings have become recognized as the most outstanding in the nation and in many ways, in the world. Among the many classes presently offered to students by the Physical Education Program are Taekwondo, Judo, and Kumdo. The large, impressive, and popular UC Martial Arts Program, created and sustained by the Physical Education Program's faculty, presently includes nine different martial arts. 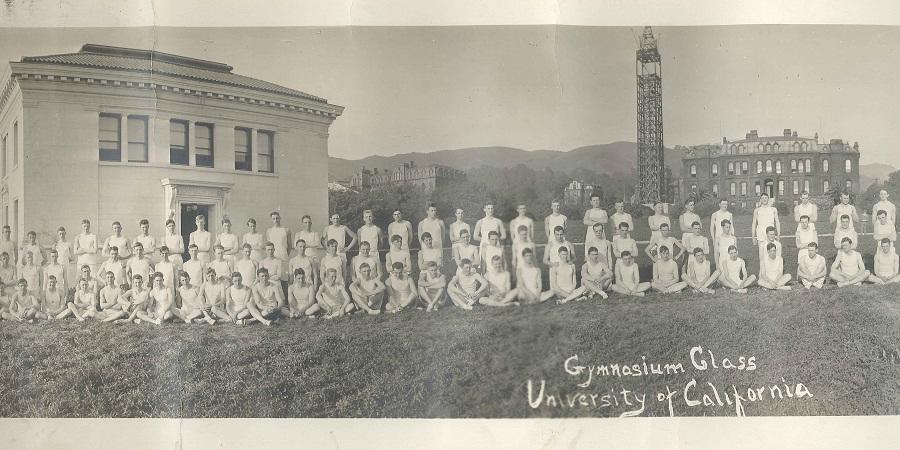 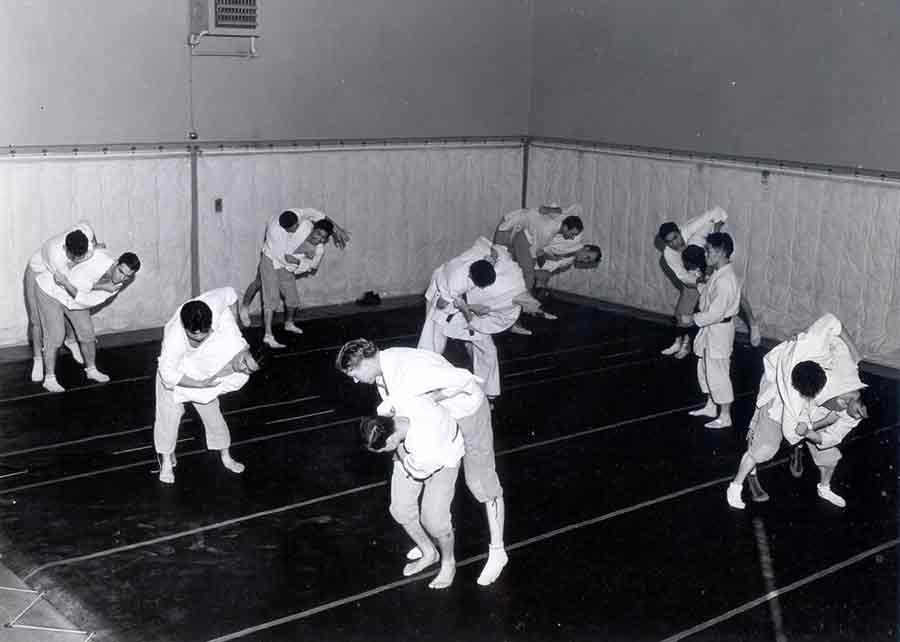 Jujuitsu on field near Haviland Hall 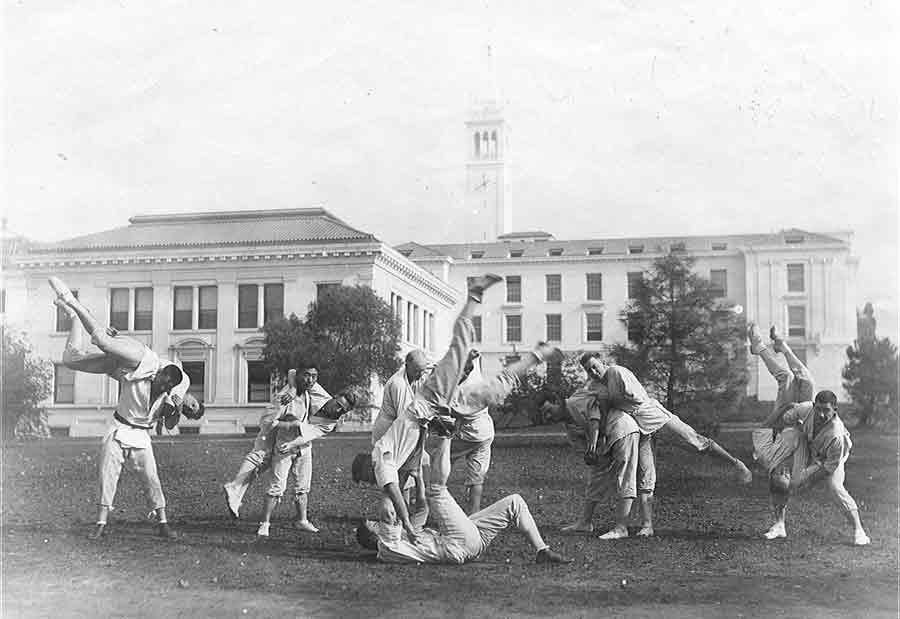 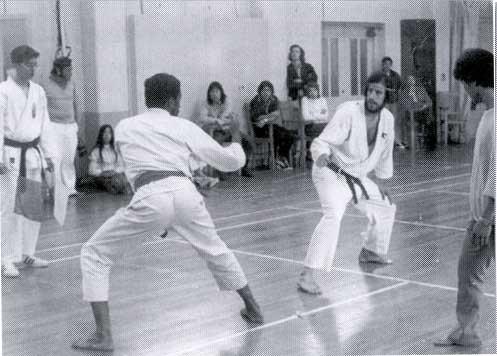 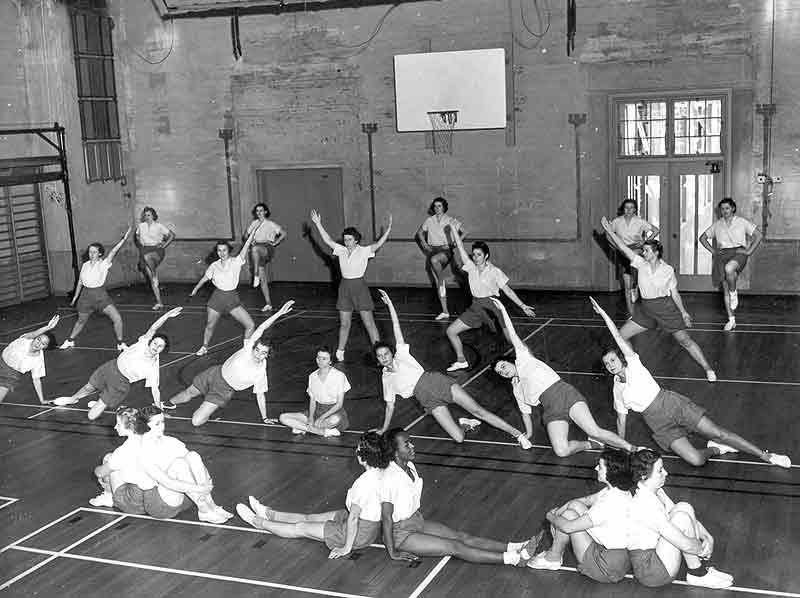 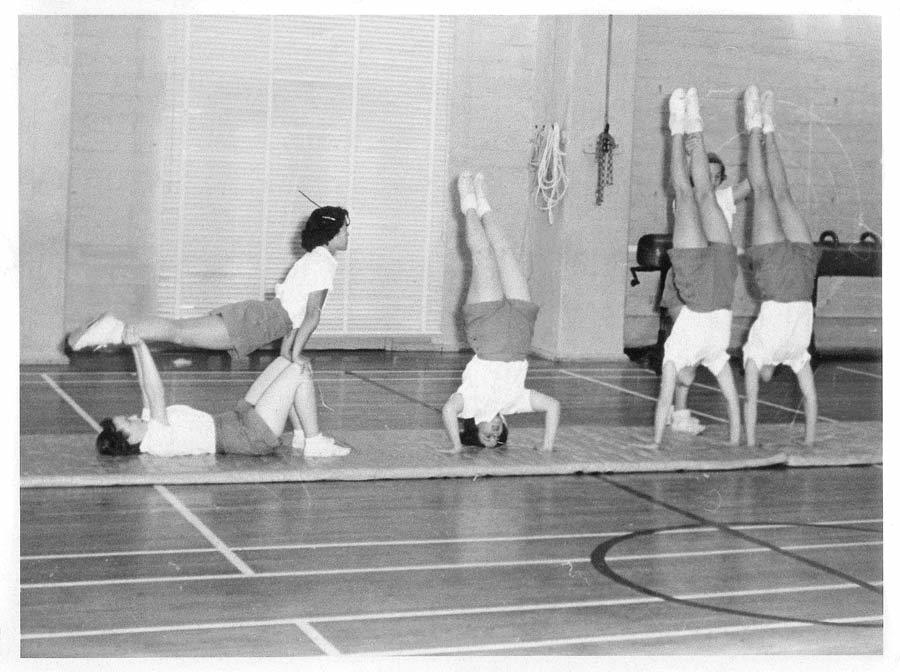 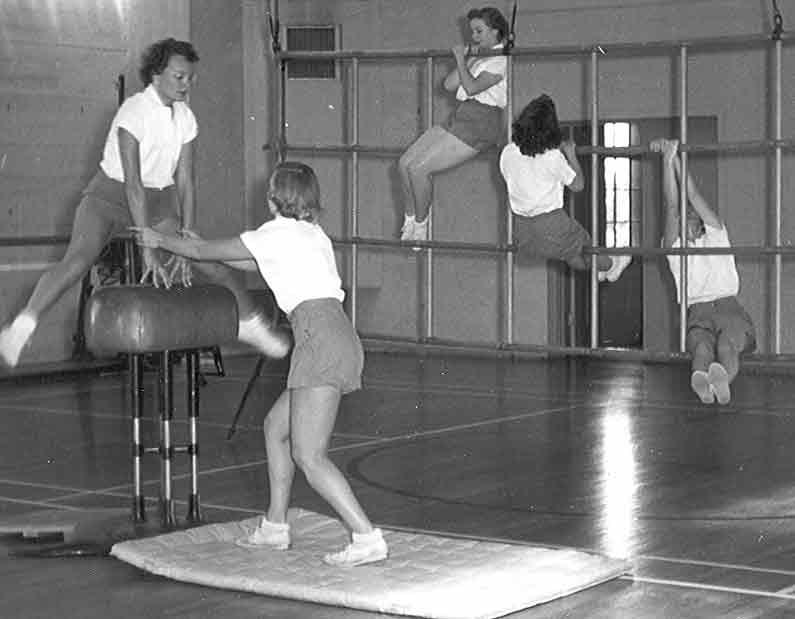